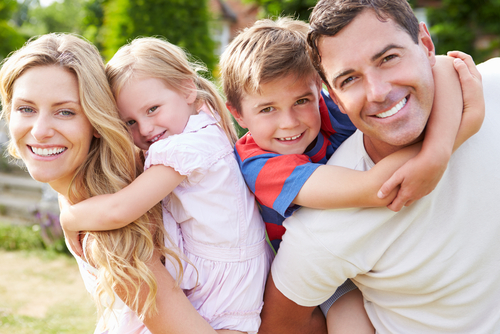 Antibiotics, Are They Really Necessary?

Are Antibiotics Really Necessary? By the late Andreas Moritz. An excerpt from his book Timeless Secrets of Health & Rejuvenation.

Antibiotics have dominated the field of medicine for nearly 60 years. Known as a “magic bullet” treatment or “miracle drug,” antibiotics, meaning “against life,” can speedily destroy hordes of disease-causing bacteria. They are the most popular choice of the medical profession for stopping infections and relieving pain. At least one of every six prescriptions written each year is for an antibiotic drug. Antibiotics are so popular with doctors and patients because they provide relief very quickly.

Having grown up in a generation in which antibiotics are frequently prescribed for a stubborn case of cystitis, a sore throat or an itchy skin rash, I too readily accepted that the “magic bullet” prescribed by the doctor is the best option to deal with such bacterial infections.

Although every medical student knows that viral infections (including colds and the flu) do not respond to antibiotics, millions of people who are afflicted with these ills still receive antibiotic prescriptions from their doctors. In 1983, more than 32 million Americans visited a doctor for treatment of the common cold and 95 percent of them went home with a prescription drug. More than half of them were unnecessarily given a prescription for an antibiotic.

Now, decades later, this trend has nearly doubled. Patients are rarely informed that even a single dose of a broad-spectrum antibiotic drug can severely damage probiotic healthy flora in digestion, damage bone marrow cell production, and cause liver and kidney damage.  In the majority of cases, patients do not read the list of side effects written on the drug labels or direction sheets. They simply trust that their doctor knows what is best for them.

It is very disconcerting that many doctors don’t even know that penicillin, for example, won’t cure a cold or flu. Because of their very design, antibiotics impair the immune system and hence may sow the seeds for problems more serious than a cold in the future. Besides, a cold is not an illness, but rather the body’s first and best emergency response to rid itself of toxins. The virus only serves as a trigger for this cleansing response to occur. If you do “catch” a cold, consider it a blessing rather than a curse, and allow the body to heal itself.

The Dangers of Quick Fix Mentality

Since most people prefer a quick-fix “cure” to a time-consuming one, antibiotics have become one of the most preferred forms of treatment today. However, it may take a minimum of 24 hours before infection-causing bacteria can be identified by immune cells and antibodies manufactured to mount the defense.  Being confident that the Lord is with us if we can wait upon him will allow for a peace and longevity that is unsurpassed by any quick fix treatment.

If a man suffering from sinusitis leaves the doctor’s office empty-handed and “merely” receives advice on how to deal with his illness in a more natural way, he may think that his doctor hasn’t done his job or is irresponsible. The physician too, facing a viral infection, often prefers the comparatively “safe” option of an antibiotic to being blamed for not doing enough for the patient, particularly when the patient is a child.  Even though the probability that a child really requires antibiotics is as low as 1 in 100,000 cases, nearly 95 percent of all children taken to the doctor are given such drugs. In most of these cases, antibiotics are being misused “to please” overly worried mothers.

I too have suffered many years of antibiotic damage to my digestion, immune system and internal organs and needed to rethink this dilemma of health.  For more than 30 years now Amy and I have raised our children and now our grandchildren on how to overcome illness with natural support.  Our bodies are fearfully and wonderfully made to overcome disease.  We desire to support digestive organs. The stomach contains HCl acid to kill microbes.  Within the small intestine there are bile acids and pancreatic secretions that breakdown undigested food remnants that are immune-suppressive.  Another important approach is to use herbal anti-microbials to remove unwanted invading organisms from bacteria to viruses that often are in over abundance in those who have taken antibiotics.  And, last but not least, we use a balanced multi-strain probiotic that puts a protective dressing into the GI tract. These probiotic organisms protect us from further damage and remove more of the world of microscopic critters that daily pass into our system.

If you have any immune compromised conditions relating to different types of infection, we can help you. We offer naturally health plans specifically designed for you. Call our office today to set up your appointment. 281-440-0024

Hello my name is Steve Steeves. I am the founder, CEO and head practitioner at the Nutrition and Health Center. My passion is providing hope for healing and healthy solutions for abundant living. You were created to be in health, I can help you get there. 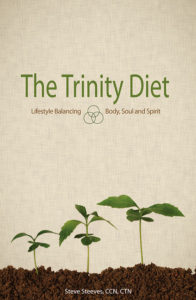